That Prince Charles was an avid environmentalist was known for some time. Not for nothing, has installed solar panels and wood boilers in all its properties. But that could infect the mother was more difficult to imagine. Even Queen Elizabeth has decided to follow the green path traced by his son in the family. How? By giving its approval to the project to supply Windsor Castle and another 300 homes bordering on electricity generated by hydroelectric turbines placed two on the Thames. 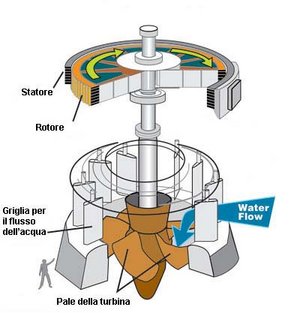 The power plant project (cost £ 1.7 million) is far from an ad fashionable: the second turbine Archimedes, a monster 40-ton, was inaugurated a few days ago. The station, renamed Romney Weir, will also biosostenibile and respectful of the natural balance: have a special passage reserved for fish and eels so that they can continue to exploit the river for their important migratory routes. Apparently, the plant should be able to provide 300 kWh of electricity, ie half of the energy normally used in the castle (but not always lived and can be implemented in turn saving policies) thus fulfilling a tight supply agreement with the royal house.

“We are constantly looking for new ways to save money and provide energy to remain as environmentally friendly as possible in the future,” said Deputy Treasurer of His Majesty, confirming that the excess electricity produced will be sold to the national network to be used homes in the county of Windsor.

Signing the facility the Southeast Power Engineering (Sepel) together with the British agency for the environment with funding from the Asset Management Summit. In fact, well-digging, it turns out another initiative of this kind: another hydroelectric power station in the Scottish estate of Balmoral. Even St. James’s Palace and Kensington were somehow equipped with the most modern energy saving measures oriented. In short: the way of the Queen Elizabeth is silent but convintamene green.

Not enough jobs to Windsor Castle, the Queen gave their own in recent days further evidence of his sensitivity to these issues starting rigorously train to the royal Sandringham House, a country residence in Norfolk where he will spend the Christmas holidays,surrounded by some fifty unsuspecting travelers Nothern Connect the line.